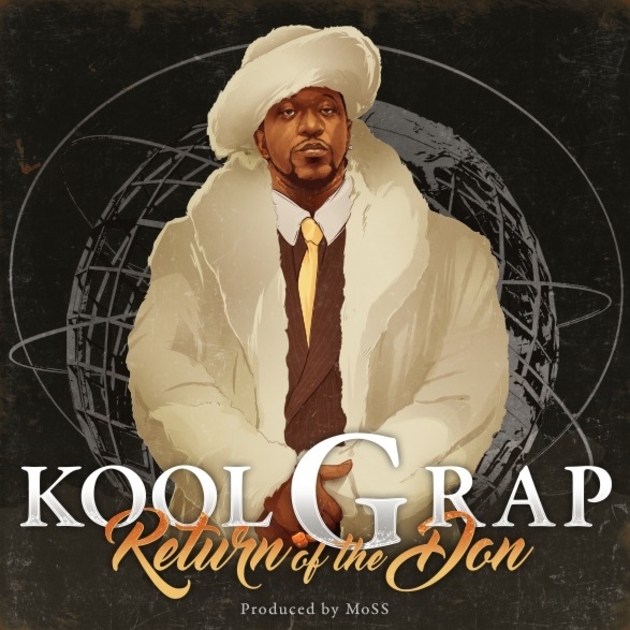 Well, from the title, I did formulate a picture that included reaches back to the “4,5,6” album, and mentions of movie gangsters while G Rap maintains a strong flow.   I wasn’t expecting a rival to the illustrations of “Cuban Linx” or evenness of a more recent crime testimony, “Pinata” by Madlib and Freddie Gibbs.  I felt that the strength of the album rested in production and G Rap maintain the level of rhyming that he’s known for.

To tell a tale of the street life, one must be genuine in the words that they speak, and aggressive in how they present in.  A song or album about the street life can getboring quick if there aren’t detailed pictures painted or a balance between struggle and visions.

In past albums, New York rapper Kool G Rap has been no slouch at doing such.  I mean, he’s been doing this for almost 30 years.  He’s had practice.

Kool G Rap is rhyming as strong as ever throughout the album as his rides the musical selections, solely provided by Canadian Hip Hop Producer, MoSS.

The album is mostly a variance of mid-tempo beats that explore sounds from a flute to a driving guitar as the basis.  At times, I was envisioning “12 Reasons to Die” series by Ghostface Killah and Adrian Younge.

There are strong guest verses throughout the album, most notably Fred Da Godson as he easily graces the beat on “Mack Lean”.  Crooked I/Kxng Crooked delivers a great verse on the 70’s soul-injected “World is Mine”. “Capitol Hill” features strong bars from Sheek Louch and Cormega, and a great testimonial of how ugly things can get in the hood, and how lavish it can become if the cards fall right.

There is nothing unexpected or surprising from through the course of the album, aside from a tight Sean Price verse.  At 49, Kool G Rap has found his lane, and has decided that it works.  There are no updates to his similes, and some stand dated(comparisons to Gary Coleman, long retired NBA Darryl Dawkins and long dead actor River Phoenix).  He mentions at the beginning of the album that the gangster shit that he spits is thought of by him as “reality rap”, which was a common reference term in interviews by his contemporaries many years ago.

–  Kool G Rap is consistent in his appearance  and wordplay on his records, despite the long list of guests.

It is a very listenable selection.  Kool G Rap doing what he’s been known to do for years.  There was a lot of help, and there were no surprises.  In some cases, if it aint broke, there shouldn’t be repair.  While I am very curious on how current activities by politicians, NYPD and other factors speak to the streets, he does come up with some of his strongest recent material.   I would have liked a visit to his storytelling practices, but I did hear quality delivery and strong production.   There is no doubt that Kool G Rap is able to hold his own in current times.